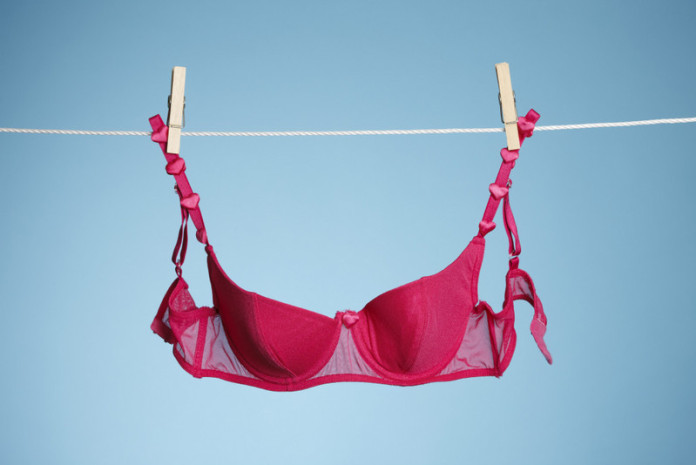 Types of Bras for Tubular Breasts

A woman’s bosom plays a major role in defining her beauty. In fact, a woman’s beauty lies in the shape of her breasts. While some women may have perfectly rounded breasts that are naturally appealing to the eye, some women are not blessed with the natural roundness of breasts. Such women have boobs that are commonly referred to as tubular or tuberous breasts. They are referred to as tubular because of their shape which appears tube like. Tubular breasts can occur naturally or sometimes can be associated with aging or child birth. Well, natural or not, a good percentage of women who have this kind of breasts are not happy with their appearance. If you are one of these women then here are a few tips on how to improve the appearance of your breasts. Bras are an important part of a woman’s wardrobe. This is because bras offer not only support for the breasts but also provide a better shape for a woman’s bosom. Women of all breast types wear bras to enhance the appearance of their breasts. Therefore, women with tubular breasts are not an exception. However, it is also important to note that wearing the right size and type of bra also plays a major role in enhancing the appearance of the breasts. Women with tubular or tuberous breasts can have better looking bosom by wearing the right type of bras. Here are some of the examples of bras that women can wear to make tubular breasts look rounder and more appealing. Push-up bras are just that. They push up the breasts to give a rounder look. Since tubular breasts are always C cup size or smaller, it is difficult to find the right fitting bra for such breasts. A push-up bra will push up the base of the breasts and make them appear rounder or fuller. Usually, a push-up bra also gives a nice cleavage which most tubular breasts ladies only dream of. Although it may not be as full as naturally round breasts, this kind of bra give them a much better appearance on the outward. Since most women with tubular breasts find it difficult to get bras their size, the ones they end up wearing do not fit well since their breasts cannot fill up the cups. This is where padded bras come in handy as they have spongy pads that make the breasts appear fuller. Also, most push-up bras come padded and this is an added advantage; it is like killing two birds with one stone. The padded push-up bras not only offer incredible support but also fill up the breast area which could have been otherwise left empty. A plunge bra is the perfect kind of bra for any breasts type. Plunge bras plunge in just below the nipple level in the middle where the cups meet, forming a V or U shape depending on the type of bra. This type of bra also pushes the breasts towards each other at the center hence giving a nice cleavage. For tubular breasts, the plunge bra will push the breasts upwards and together giving them a rounder fuller look. Plunge bras are recommended for V or U necklines and also when you want to leave a little cleavage. A bandeau bra resembles a band around the chest. They are not very flattering if you want to have a sexy looking bosom. They are very comfortable but make the breasts flatter and smaller. A bandeau will only compress the breasts to become firmer but do not give a definitive shape to resemble round breasts. They are only recommended when one is looking for comfort and good fitting. The compressive sports bra is kind of similar to the bandeaux bras since they both compress the breasts and make them appear smaller and flatter. However, some sports bra come with spongy padding to push up the breasts a tad bit than the bandeau. This can give them a rounder appearance but still compressed at the same time. Since tubular breasts tend to be very mobile, a good fitting sports bra can aid a great deal to firm them up during an active day.

The effect of all these different bra types may vary depending on how the breasts are shaped and may not work for all tubular breasts. Finding the best fitting bra that works for you has always been the best solution to any breast problems. Most of these bras, though, have been found to be more flattering for tubular or rather tuberous breasts.